and it's only a matter of time before that changes....

The big picture: The country’s meteorology agency warned that conditions are expected to worsen as the heaviest rain of the season could fall in and around Jakarta over the next week, per Reuters. 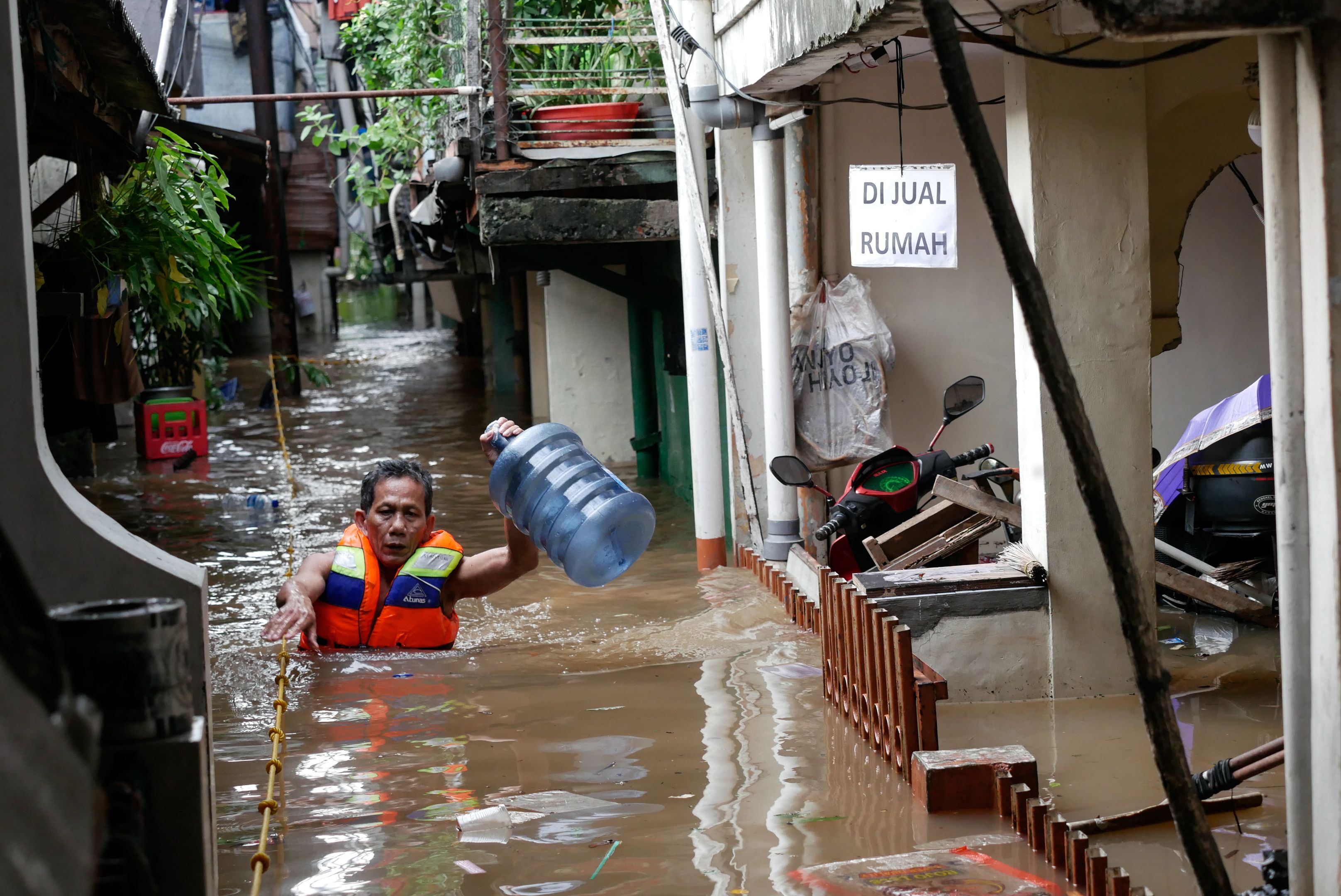 A street vendor wade through a flooded street in Jakarta. Photo: Afriadi Hikmal/NurPhoto via Getty Images